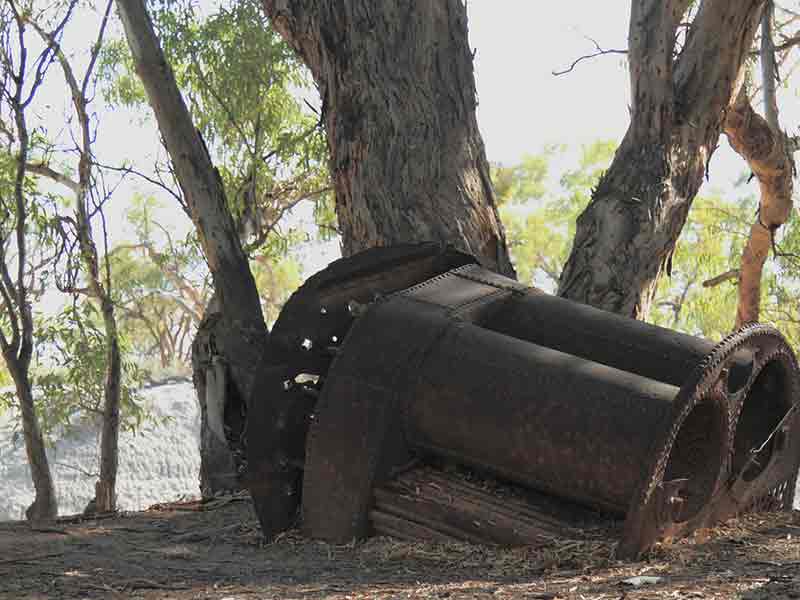 A most serious and dreadful accident

Providence was involved in the most serious and dreadful accident that had ever occurred on the river since the opening of navigation. At 3am on the 17th Nov. Providence was on her way down the Darling River at Kinchiga (near Menindee), when her boiler exploded and she was blown to pieces.

Four men were missing all feared dead, the Captain, fireman, engineer and the cook. A fifth man was found with severe burns and injuries and died a short time later. Only 2 bodies were recovered, both in a badly mutilated state. A witness reported picking up a cabin window, large quantities of boards and a swag containing money and clothing as he was steaming down the river.

The scene of the disaster was horrific as fragments of the Providence were hurled in all directions. Up on the bank, high in the trees pieces of timber, bedding and rugs had lodged. A sledge hammer and anvil were sent over the top of the gum trees, landing a full 100 feet from the bank of the river.

Providence was now a wreck laying broken in two in the middle of the river. A large piece of the boiler was found 100 yards away embedded in the bank. The only survivor was the bargeman who’s hair has turned white overnight.

What happened…? It could have been a mechanical problem, or human error due to a large celebration in Menindee the night before. The only thing that is certain is that the explosion was so loud it was heard in the Kinchega Woolshed,
The boiler can still be seen in Kinchega National Park