A Brief History Of Moama 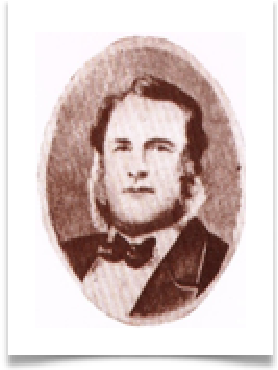 Moama has had a chequered history. When the settlement began in 1845, it was known as Maiden's Punt, named after James Maiden –who in 1835 was sentenced to 7 years in NSW and when his time was up he worked his way to this area.

James Maiden became station manager, at Long Swamp later known as Perricoota, moving upstream he built a punt to cross the Murray River and became owner, publican and post master. Three years later the village area was surveyed and lots were put up for sale when the town was renamed Moama, in 1851.

Situated on the main cattle route from Southern New South Wales to the gold fields at Bendigo in the 1850's, the settlement became a cattle market and crossing place and big deals took place across the bar of Maiden's Junction Inn. There were great celebrations in the small town in 1853 when Captain William Randell, the first person to travel upstream from Goolwa, arrived in the paddle­ steamer, "Mary Ann".

The trip was the forerunner of the boat building industry and river trade that was to bolster Moama's fortunes in years to come. Moama declined when the cattle market crashed in the late 1850's though competition from Echuca, a short way downstream, was partly to blame.

The little settlement hung on and in the 1860's, police barracks, a school, post and telegraph office and customs office were established giving an air of permanency to. the township . Maiden left the area around this time and died in 1869, and was thought to be a pauper.

Unfortunately the feeling of stability was dispelled by disastrous floods that occurred in 1870 when almost every building ln Moama was inundated or submerged by flood-waters.
The township of Moama was gradually rebuilt on higher ground further West near it’s present position, and when the Deniliquin to Moama railway line and the iron bridge were constructed between 1876-78, the township settled down to a slow but steady growth and expansion.

This was helped by many selectors who took up the land to the North of Moama from 1862. Their wheat crops were sent to Palmer's Flour Mill in Meninya Street after 1880, and a large grain shed was constructed in 1889 ( where the Moama Bowling Club is today), to store grain for the mill. Coach builders, blacksmiths , bootmakers, carpenters, stock agents, storekeepers, and other businesses that made up a township at that time became firmly established. The Moama Agricultural Show was held annually and organisations and clubs were in full swing. Most religious denominations were in evidence - along with many hotels.

By 1880 Moama had a population of 700 and a district of 1000. It was proclaimed a Municipality with two wards in December 1890. The first Council meeting was held in March1891 .
Known at first as the Municipal District of Moama then the Council of Municipality of Moama in February 1907.
Moama retained this status until 1953 when it became part of the Shire of Murray and in 2018 was amalgamated with Wakool and Barham to become the Murray River Council.