See the extent of historical floodwaters on our region via an interactive map.

At the click of a button, people can view the map on Campaspe Shire website, type
in the address and see how the property was impacted by the floods in 1993, 2011
and 2016.
Echuca has three main rivers either bordering or near the township; the Murray River to
the north, the Campaspe River to the west and the Goulburn River which joins the Murray
north east about 15 kilometres upstream towards Barmah.
These river systems make Echuca and its surrounding areas prone to flooding with major
floods affecting people, animals and property since flood records began in 1867.
Historically, there have been more than 16 significant floods
since 1867 in the Campaspe Shire, most recently there were four floods which occurred
between September 2010 and February 2011.

Flooding can occur on one river or be caused by a combination of all three rivers.
Historically the worst floods are from a combination of the flooded rivers rather than just
one, as well its surrounding areas are vulnerable to cross country overflows of water
because of the flat nature of the local countryside.
Some of the town’s levees were constructed at Echuca in 1956 and again between 1989
and 1992 to provide some protection to the town’s central business district and the water
treatment plant from most large floods. However, no levee is flood proof and parts of the
town with and without levees are still prone to flooding.

Even if property is not impacted by floodwater, it may be affected indirectly by flooding as
some roads will be closed and power, sewerage, water supply and telephone and data
services may be disrupted 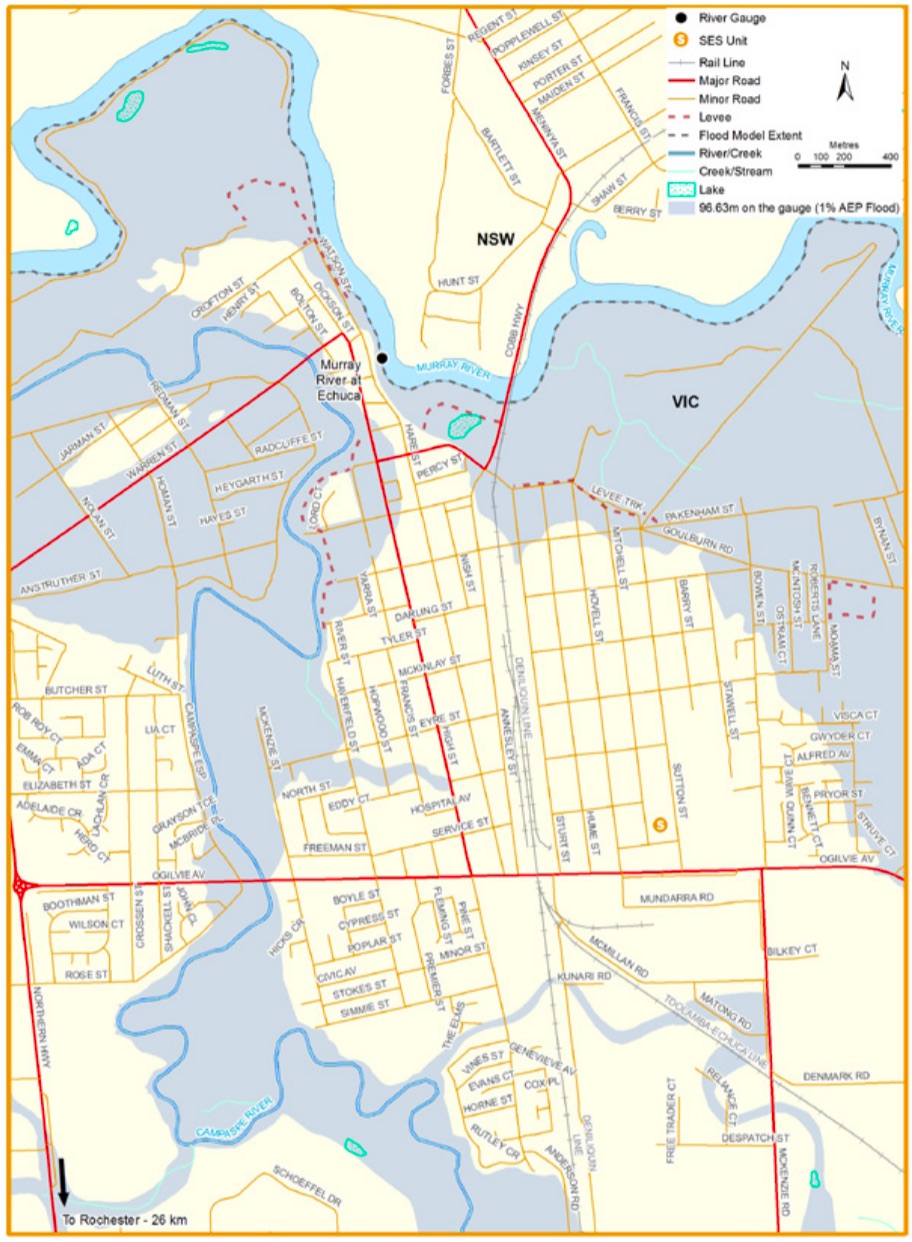 The map above shows the predicted effects of a flood reaching 95.6m at the Echuca Wharf

While no two floods are the same, the following table can give you an indication of what
you can expect at certain heights at the Wharf.